Is the ‘make do and mend’ economy a reality?

Businesses repairing household goods* have seen their turnover rise over 40% in the last five years to a record high of £340 million as the ‘make do and mend’ economy in the UK continues to grow, says Funding Options, the online business finance supermarket.

Funding Options says that businesses repairing items including electronic gadgets, appliances, watches and jewellery had revenues of £340m last year**, up 41% from the £241m they turned over five years earlier (see graph below).

Repairers see revenues jump as more ‘make do and mend’ 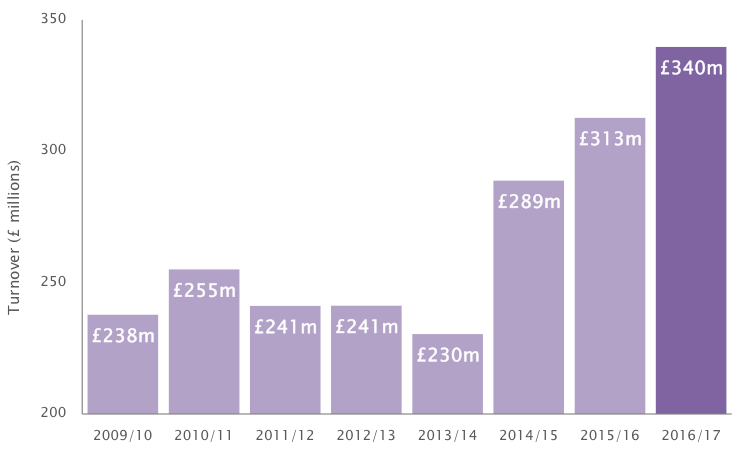 It explains that with real wages having stagnated for almost a decade, more people have been pushed into extending the lifespans of items – especially electronics and household appliances – rather than face the expense of buying replacements.

Repairers have seen strong growth following the long period since the recession, when consumers put off new purchases as they struggled to keep their debt-to-income ratios under control.

The phrase ‘make do and mend’ originated in a pamphlet issued by the Ministry of Information during the Second World War, advising housewives on how to be thrifty in the time of rationing. The phrase enjoyed renewed popularity during the recession as falling real wages forced austerity on many households. The eco-friendliness of repairing and reusing products has also played a part in its popularity.

“The ‘make do and mend’ economy was given a jump start by the recession, and it has now become the new normal for many.”

“As real wages continue to stagnate, more and more people are making economies by ensuring their phones, TVs and washing machines last longer. Repairers are reaping the benefit.”

Funding Options says that consumer electronics retailers have seen their turnover rise 22% in the past five years as they benefit from consumer need to fix broken smartphones. Turnover in the sector rose from £91.7m five years ago to £112m in the past year.

As the cost of smartphones rises, more consumers are now willing to pay substantial sums for repairs – most often to damaged touchscreens – as a way to avoid paying up to £900 for a new device.

“The cost of the devices we all now carry has created a whole new growth industry of mobile phone repair, with businesses springing up on high streets all over the UK.”

Even cobblers benefit as Britain cuts back on clothing and shoes

Funding Options adds that the revenues of repairers of shoes and leather goods have risen 34% in the last five years as UK consumers cut back on their clothing and shoe budgets. Turnover in the sector rose from £106.7m five years ago to £142.9m last year.

Clothing and footwear sales in the UK fell by £30m in the last year***, the first fall since the height of the credit crunch in 2008/9.

“This is a growing niche market, which has traditionally been seen as something of a ‘cottage industry’. But bigger players like Timpson are growing strongly, increasing market share, and becoming substantial businesses.”

Funding Options adds that with the repair industry growing strongly, businesses in the sector need to be aware of all their options to secure finance to drive their growth. As bank lending has become harder to obtain, especially for younger businesses, more have begun to rely on alternative sources of finance, such as invoice finance, leasing, crowdfunding, peer-to- peer lending and property-based funding.