UK hotels increase spending for refurbishments by 57% in last year

UK hotels increased capital expenditure by 57% to £1.62 billion in 2015/16, up from £1.03 billion in the previous year to compete with newer tech rivals, according to research by Funding Options, the online business finance supermarket.

Funding Options explains that established hotels are investing in their facilities and improving their offerings to stay competitive. Consumers now have a much greater selection of options available to them with the rise of online competitors such as Airbnb. As a result, alternatives are increasingly threatening the market share of traditional hotels.

The 57% rise in expenditure is the third consecutive year that UK hotels have increased capital spending.

Funding Options says that hotels are now looking to build on the potential increase in ‘staycations’. With the fall in sterling in the wake of the Brexit vote, people are likely to get better value for money by staying in the UK.

“Established hotel chains are investing more into their offerings to keep their market share in the face of increased competition.”

“Hotels will be competing with each other and online-only alternatives to capitalise on the increase in domestic tourism and staycations as the pound and concerns remain over the safety of some continental destinations.”

UK hotels’ capital spending increases by 57% in the past year 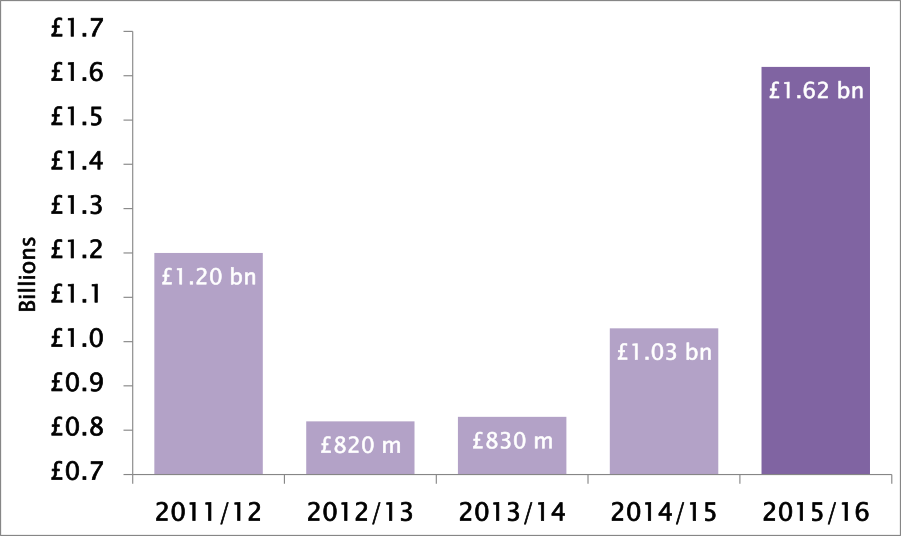 “Customers now have high expectations of what offerings they may expect a hotel to provide, such as complementary Wi-Fi, spa treatments, or a wide selection of dining options. The rise of tech rivals offers customers increased options often a cheaper rate, which could hit the revenues of both established chain and independent hotels.”

“As a result, hotels have been flooding investment into their facilities to differentiate and improve their offerings to give customers the better choice. It is now about giving the customer a different experience from Airbnb rather than trying to compete on price.”

“Even standardised budget hotel chains, such as Premier Inn and Travelodge, are investing significantly in renovating older premises, offering increased services, and expanding their geographical coverage.”

“On the other hand, independent and boutique hotels are looking to further enhance their own unique selling points to remain competitive. To compete against both online-only and budget chain competitors, they are now beginning to increase the range of services they provide, which can include providing Michelin-star style restaurants, celebrity chef cookery schools, wine tasting events, and digital detox weekends.”