There has been a 45% jump in the number of businesses that have had their assets seized by HMRC, to 2,833*, up from 1,953 the year before, shows new research from Funding Options, the online business finance supermarket.

Funding Options says that HMRC regularly ‘takes control of goods’ from businesses in order to settle tax bills that businesses do not have the cash to pay.

Under the rules, HMRC is allowed to seize even business critical assets such as IT systems or machinery, the removal of which could lead to the closure of the business. 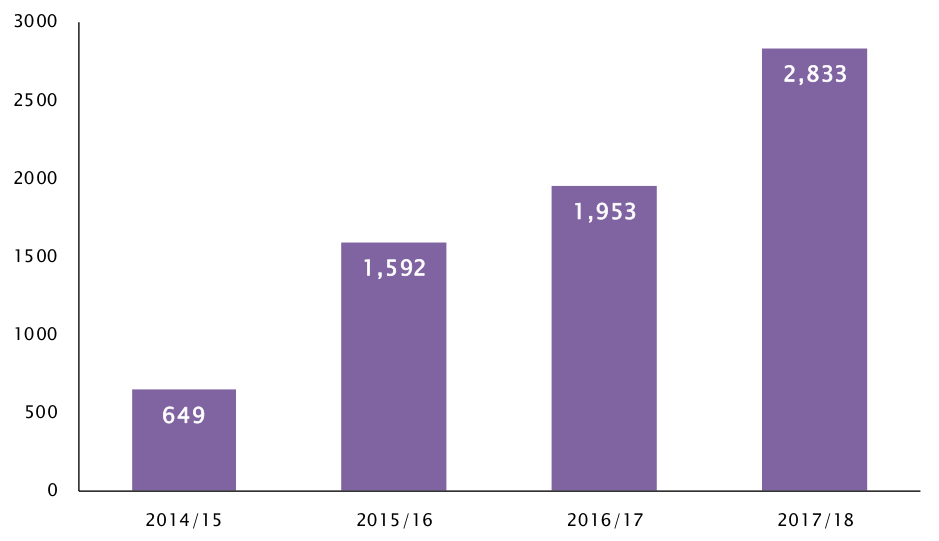 Rising numbers of asset seizures show that HMRC is ramping up the pressure on businesses for not paying tax on time.

HMRC’s increasingly aggressive debt collection policy comes at a time when businesses are already facing other major potential risks such as Brexit and rising interest rates.

Assets that are seized by HMRC are often sold at fire sale prices, which means that HMRC is often unable to recoup the tax owed by these asset sales. Funding Options says that instead of selling these assets at auction, HMRC should investigate other methods of recouping the tax. One way of doing this would be to give businesses more generous ‘time to pay,’ which is an HMRC scheme that allows businesses to spread tax payments over a period of time.

“HMRC is jeopardising the future of these businesses by removing their assets.”

“There are often genuine reasons why these firms aren’t able to pay their tax bills on time, such as cashflow issues stemming from late payments from clients.”

“There may be a better way for HMRC to recover the tax than removing a business’s vital assets.”

“Cashflow difficulties that mean a business cannot settle its tax bills should not spell the end for them.”

“Businesses should be aware of all the finance options available that can help them through financial difficulties, which can be arranged quickly and efficiently, including specific finance products to pay tax bills.”