The Women in Fintech series: In conversation with Akruti Amin

Akruti’s mentors helped her choose a path that wasn’t initially on her radar – one that would ultimately lead her to thrive in the Fintech industry.

International Women’s Day 2021 was a fantastic celebration filled with posts and videos celebrating women across the globe.

Whilst it’s great that we dedicate a day to championing women and equality, it’s critically important we take the lessons learned and put them into practice all year round.

Taking ‘a seat at the table’ in male dominated industries can be daunting; but if there’s anyone suited for the job, it’s Akruti, our Product Manager, who isn’t shy of taking on a challenge and doing what needs to be done.

Growing up, Akruti wanted to be many things. Fintech, however, wasn't ever on the list. Akruti says that working in the Fintech industry was something she “kind of fell into. I didn't actually have a plan to be in I.T. or finance”. Having always been in IT for more traditional Corporate companies, she came to know about the exciting world of Fintechs when she met her now husband.

“My brother has always been my role model, so seeing him do what he does and what he's interested in has always had an influence on me”.

While she may not have planned to work in Fintech, it's clear she was always destined to be successful in whatever occupation she put her mind to. 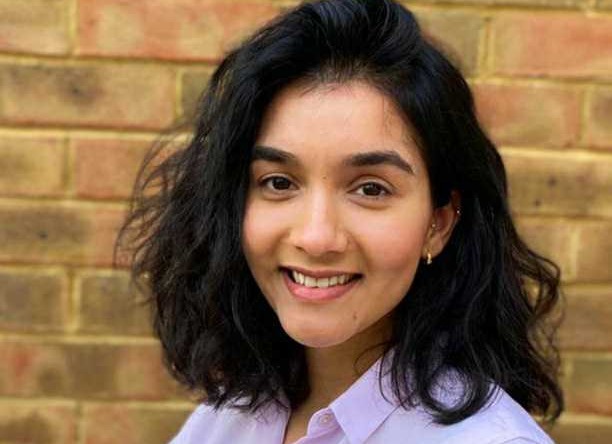 Having her brother as a mentor

One thing about success is that it always leaves signs. There’s a great deal of value that can come from finding a mentor to learn from and help model your goals on.

Akruti didn’t need to look far for her mentor.

Akruti’s brother is someone she has always looked up to. “He’s my go to person for advice, a soundboard in a lot of ways,” she explains, as well as for Simpsons references!

“My brother has always been my role model, so seeing him do what he does and what he's interested in has always had an influence on me.”

Her brother's influence inspired her to go for ‘Business Computing’ at university through the ‘clearing’ option when she wasn’t happy with the university she originally got into, a risk that paid off.

Being one of the few women studying Business Computing, Akruti “didn't always have the support needed” and missed some of the “empathy that you get from female friends”.

"I remember giving feedback because I had such a good interview".

The power of mentorship

However, Akruti is revelling in having the support and mentorship from senior team members, especially her own manager who is Head of Product here at Funding Options. She says “he has been tremendously supportive and a brilliant person to learn about Product Management from”.

What's more, this feeling of being supported started before she even officially worked with us. Akruti looks back on her initial interview as really setting the tone.

“I remember giving feedback because I had such a good interview. It felt like a chat, it wasn't a grilling. I wasn't afraid to talk about the things I don’t like or want to do and what I don't do so well right now.

“That's what you usually avoid in interviews because you don't want to seem silly.”

It’s safe to say that Akruti has thrived in having such close working relationships with senior members of the Product and Tech teams.

She says “everyone I work with daily is very supportive, they’re great for bouncing ideas off and speaking openly with, all of which create a wonderful environment to learn and grow together, as well as deliver some very cool features”.

“There's a lot of face time with our CTO and other senior members and it makes a huge difference having that. Being able to talk to your CTO so easily, just to see what he thinks, what his opinion is on something we're working on is so good for development.”

It’s clear that having mentors across her life has helped Akruti take the lessons learned from those who have gone before her and use them to excel on her own path.

Discover more about Funding Options and the different inclusivity charters we’ve signed up to here.